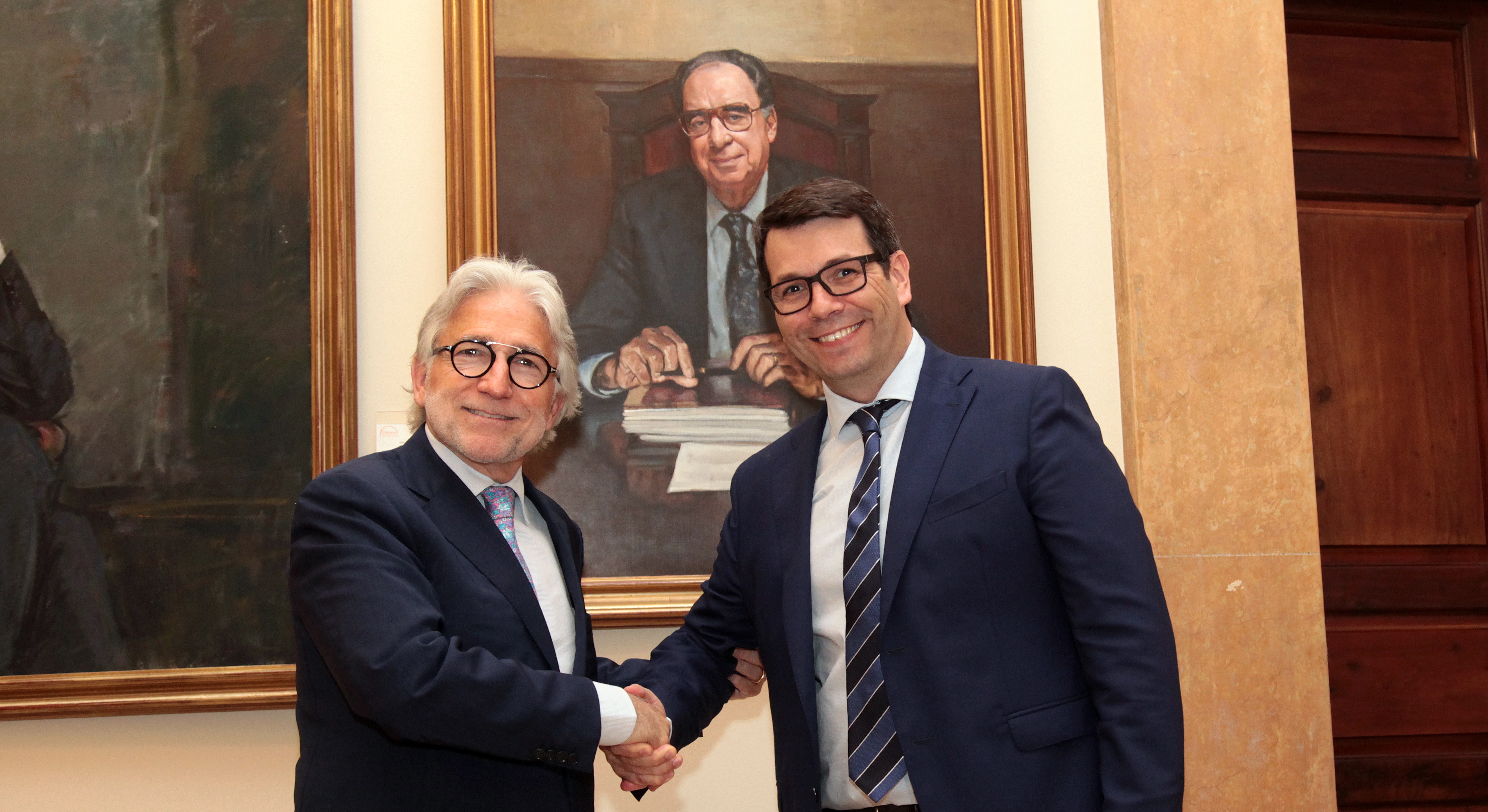 The president of Foment del Treball, Josep Sánchez Llibre, and the representative and member of the executive board of El Gremi de la Indústria i la Comunicació Gràfica de Catalunya, Josep Bonifacio, sign the agreement under which El Gremi becomes part of the employer’s organization as an associated entity. Both highlight the role of the Catalan graphic industry, which has a turnover of more than 5,000 million euros and employs about 30,000 people.

According to data presented by the Industry Observatory (2017-2018), the specific weight of the Catalan sector on the Spanish graphic industry runs into 30% of the turnover and 37% of exports. The report on the Catalan industry, which extracts information from sources such as INE and IDESCAT, also outlines the increase in Catalan occupation in recent years.

El Gremi de la Indústria i la Comunicació Gràfica de Catalunya is the association constituted by the union of graphic industrials and paper and cardboard converting manufacturers. Under the presidency of Iban Cid since 2015, it aims to defend the rights and interests of the more than 1,000 members the entity represents as well as to offer solutions to their daily needs.

The incorporation of the organization responds to this goal and also to the commitment of the entity and its president to work to achieve more social and institutional visibility.

Foment del Treball Nacional is the confederation that represents since 1771 business owners and the powerful Catalan industry. As an independent, private, non-profit organization, under the constitutional and legal right of association of employers, it is governed by democratic criteria by freely elected representatives. The only institution that broadly represents the interests of the Catalan industry and business owners in all decision-making centers and which stands for a pioneering, respected and valued organization.

It represents all economic sectors of industrial activity and services and its confederal structure represents large, medium, small, startups and autonomous companies in Catalonia. It also has Fepime for the defense of the interests of SMEs. Through entities such as the think tank, the Institute for Strategic Studies, and the Society for Economic Studies, it contributes and takes part in the debate of the most relevant and maximum interest’s issues for the business world.