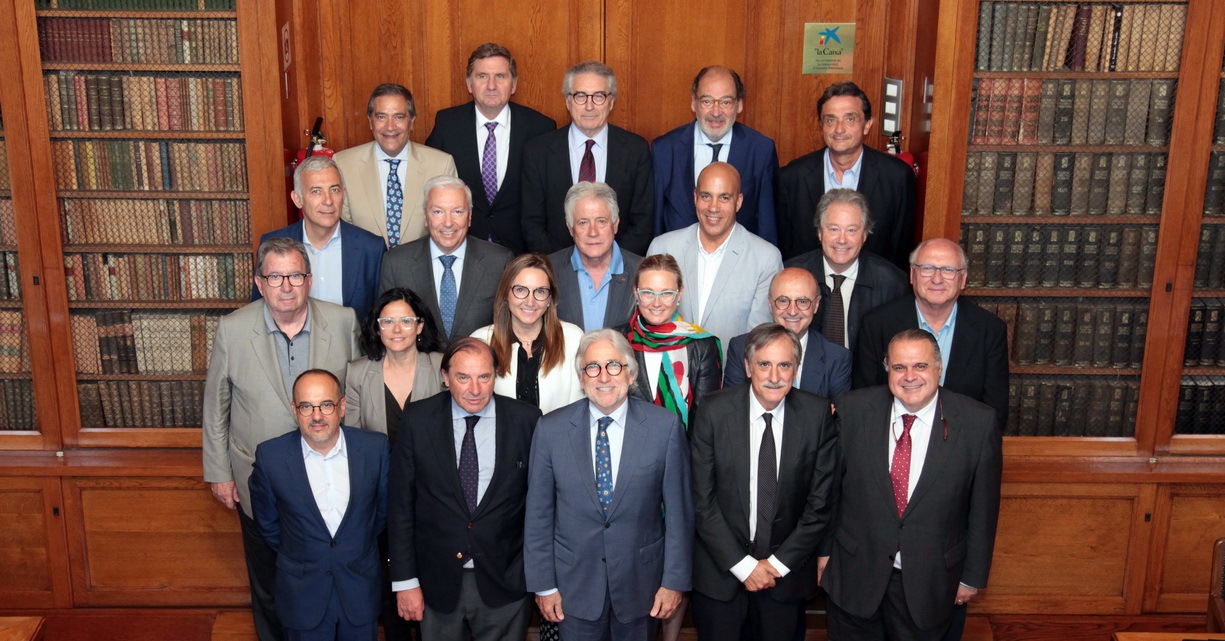 Valeriano Gómez Sánchez, Vicente Martínez-Pujalte, Manuel J. Silva and Carles Campuzano participated in the Executive Board and the Board of Directors of the organization

The four Public Affairs counselors appointed by Foment del Treball last May – Valeriano Gómez, Vicente Martínez-Pujalte, Manuel J. Silva and Carles Campuzano – participated today in the meeting of the Executive Board and the Board of Directors of the Catalan employers’ organization. The aim was to facilitate that the representatives of the institution’s members (companies, sector and territorial organizations) knew first hand the possibilities opened in this new period for the defense of economic and business interests. The four Public Affairs advisors incorporate an intense professional career and are deeply knowledgeable about the legislative processes and regulators of the different sectors of business activity. The president of Foment del Treball, Josep Sánchez Llibre, underlined the value the contribution of the new directors represents for the Catalan companies. In that sense, he pointed out their capacity for dialogue and negotiation with the administration, authorities and parliamentary groups.

With this new position in the Public Affairs function, Foment del Treball confirms its vocation and priority to transparently act as a lobby with regulators, in addition to its formal and recognized consideration as a social actor – together with unions – in the labor sphere and collective negotiation processes. During his speech, Valeriano Gómez, has pledged to act with “prudence” and recalled that “Spain is one of the five countries with less labor conflict in the world. It is essential – he added – that the social partners exercise the relevant role assigned to them”.

For his part, José Manuel Silva, considered that transferring the interests at stake to parliamentary groups and authorities after the approval of a new law and its economic consequences “is not only necessary but tremendously dignified.” During his intervention, Carlos Campuzano agreed with Silva and also considered the need to update and assess the concept of Public-Private Collaboration (CPP) “nowadays in crisis, after years believing it was sorted out”. He also insisted that progress must be made in the recognition of the figure of the entrepreneur. “The defense of business interests is also the defense of collective interests,” he concluded.

Vicente Martínez Pujalte summed up, in short, the role that the new “public affairs council” can represent for the institution: to solve problems for the benefit of all parties through dialogue and negotiation.