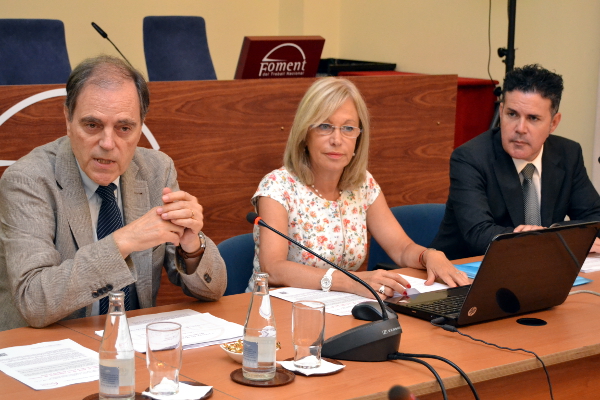 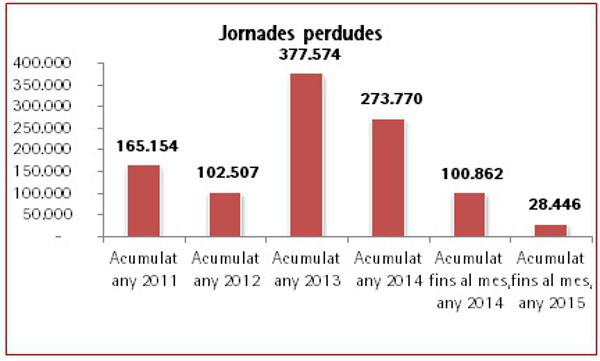 Regarding labour disputes, on a year-to-year basis there was a decrease of 92% on lost working days and hours on strikes, and a reduction of 72% of the participant workers. Between January and March, 31 strikes took place in Catalonia, 11% less than in the same period of 2014. That meant a total of 26,574 lost hours until the end of March 2015.

The updated data corresponding to the various areas with implications on the Labour Market, as well as the latest trends, are clearly positive and reaffirm the scenario of economic recovery and job creation. On a national level, the not-seasonal unemployment rate decreased continuously from May 2013 –with the exception of July 2014–, accumulating 26 months of fall. On the last 12 months, registered unemployment fell in 329.397 people, with a year-to-year reduction rate of 7.40%.
In Catalonia, the number of unemployed decreased in 20,952 people during this June. On a year-to-year basis, the unemployment fell in 59,267 people comparing to June 2014, accumulating one more month of decrease of unemployment, which is taking place since July 2013. This June, Catalonia was the autonomous community with the greatest fall in absolute terms. The year-to-year unemployment rate decrease in Catalonia is of 10.39%.
On a national level, taking into account information regarding Social Security affiliation corresponding to June, 35,085 people were added to it (0.20%), and the number of members was 17,256,395. On the other side, on a year-to-year basis, the increase of affiliation is of 571,400 people (3.42%), clearly overtaking the numbers of June 2014, 291,139 (1.78%).
In Catalonia, the number of affiliated to Social Security was of 3,083,289 in June, which means 27,363 affiliated more comparing to May 2015 (0.90%), and 107.354 more comparing to the same month of 2014 (3.61%).
However, the analysed data makes evident for Foment the need to introduce a series of reforms to consolidate the economic and employment recovery and modernize our labour relations. In that sense, since the entry into force of the Labour Reform 3 years ago, there have been several judiciary pronouncements interpreting, putting in context and, in some cases, contradicting some of the matters introduced by the Law 3/2012. This situation created legal insecurity and uncertainty when making decisions on company management in matters such as ERE, suspension of Agreements, substantial modification of working conditions, calculation of severance pays, etc.
Although the Reform substantially improved some aspects that make the flexibility mechanisms in labour relations easier, enabled adaptation of the human resources and internal structures of companies to their needs, and modernized the contents of collective negotiation; some aspects of it should be made clear in order to prevent legal insecurity.
Now the main goal is to improve the aspects that need clarification to provide the labour regulation with the maximum legal security and deeper the pending reforms on modernization and easing of our labour relations, in order to favour business competitiveness.
Compartir